In 2015 the international community adopted the 2030 Agenda for Sustainable Development. It is a roadmap for the future with the overriding objective of enabling people to live in dignity everywhere in the world. The 2030 Agenda embraces the economic, environmental and social dimensions of development and calls on everybody to gear their actions to these imperatives. 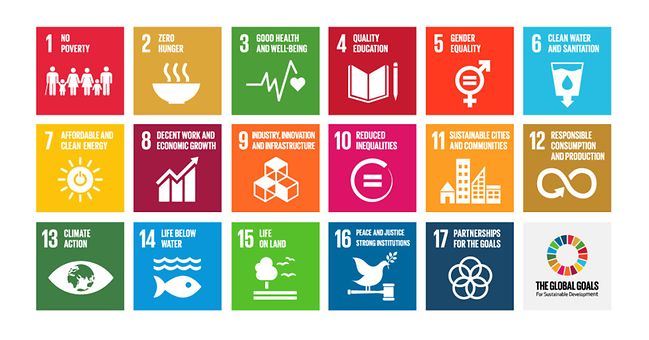 The United Nations drew up the 2030 Agenda in a transparent process of negotiation that lasted more than three years and actively involved the general public. The Agenda is an expression of a new quality in politics: everything is to be considered and addressed from the point of view of sustainable development.

Unlike earlier sustainable development programmes, the 2030 Agenda is universal. It applies equally to industrialised nations, emerging economies and developing countries. In the final analysis, all of them are responsible for achieving progress on sustainable development in the years ahead by radically transforming structures and processes, as well as mindsets and behaviour patterns.

The German government supported the negotiating process intensively, in a manner that brought it a great deal of international respect.

"The international community has set itself ambitious goals for the next 15 years with the 2030 Agenda," said Chancellor Angela Merkel in a government statement in September 2015, when the Agenda was adopted by the United Nations. The German government undertook to implement this Agenda ambitiously. "On some points Germany is also still too far away from sustainable ways of living and doing business, and from sustainably managing natural resources."

The 2030 Agenda is extremely extensive, with 17 sustainable development goals and 169 targets. In addition to the fight against hunger, obviously comes the fight against poverty, and gender-based discrimination . Then come education for all, climate change mitigation and biodiversity, and greater engagement for peace and the rule of law, to give but a few examples.

To realise the 2030 Agenda in Germany, the German government has elaborated a National Sustainability Strategy based on the 17 sustainable development goals. The process has also involved a wide section of the general public within the framework of a dialogue process. In January 2017 the new strategy was finally adopted.

To ensure that the ambitious goals are implemented as well as possible, progress is to be reviewed at regular intervals. Regulated procedures are in place, under the aegis of the United Nations High Level Political Forum on Sustainable Development (HLPF). These procedures are also to ensure the comparability of results from all countries.

The 2030 Agenda will only be able to meet the high standards it has set itself if implementation is transparent i.e. if progress can be measured. This is the only way to demonstrate achievements. And this is the only way to take action to correct the course if necessary, using selected instruments.

Like some other countries, Germany was able to report on progress made at the HLPF’s first meeting in mid-2016. Many of Germany’s achievements indicate that the procedure adopted here could be a model for other countries to follow. In this context it is fortuitous that Germany fosters mutual exchange and dialogue through a transnational network.

United Nations on the 2030 Agenda