Allegations must be investigated

Chancellor Angela Merkel has once again called for the investigation of allegations of spying levelled against the USA. The transatlantic alliance is currently under a great deal of strain, she said in the German Bundestag in a government statement on the EU’s Eastern Partnership summit. 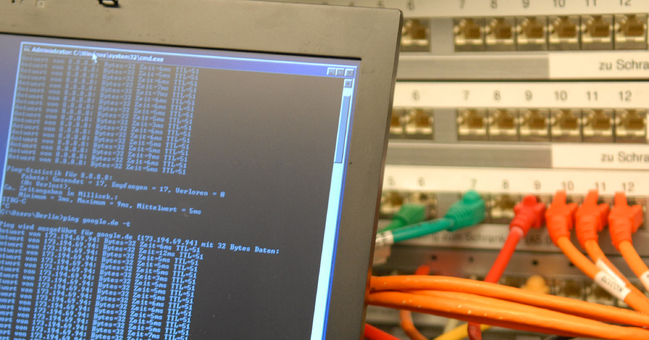 An alliance must be based on trust, says the Chancellor Photo: Bundesregierung/Tybussek

Germany and the United States of America share common interests, values and experience, underscored the Chancellor. "We both stand for liberal, open and democratic societies." Transatlantic ties are an important guarantee of liberty and security for both partners, she said.

Angela Merkel had already commented on initial allegations that American intelligence services might have monitored her mobile phone. "Spying on friends is absolutely unacceptable." An alliance must be based on trust, said the Chancellor before the European Council meeting on 24 October in Brussels.

Federal Interior Minister Hans-Peter Friedrich also stressed the shared values that link the USA and Germany. He added, however that the information policy of the American administration since the news of the NSA’s monitoring activities broke "leaves much to be desired". Their silence is simply spawning conspiracy theories at every turn, said Hans-Peter Friedrich.

In the wake of the allegations, the counter-espionage of the Bundesamt für Verfassungsschutz (Germany’s domestic intelligence service) in particular has been stepped up. For some years now, there has also been a close dialogue with the internet sector, the minister added. Questions of internet security are tackled within the scope of a series of IT summits.

Hans-Peter Friedrich called for the swift implementation of fundamental European data privacy and protection provisions, and demanded transparency for citizens when personal data is passed on. Citizens must also have the means of denying permission to pass on data. He also reported that he is discussing a "European data cloud" with Commissioner Neelie Kroes. Providing a secure space for European data could be an important task for the European Union.

Talks in the USA

Bundesnachrichtendienst President Gerhard Schindler and Hans-Georg Maaßen, President of the Bundesamt für Verfassungsschutz, met with their opposite numbers in the USA. Ronald Pofalla, Head of the Federal Chancellery, said after the meeting of the parliamentary body that negotiations would continue on an agreement to regulate cooperation between the American intelligence services and Germany in future.

The work of the American intelligence services is to be subjected to a thorough review in the USA. President Barack Obama will present the results by mid-December, reported Ronald Pofalla. "I believe we have a good chance of putting cooperation between Germany and the USA in the field of intelligence on a new footing." We thus have a unique opportunity to "restore lost trust".

On 1 November Germany and Brazil tabled a joint draft resolution calling for more effective protection of privacy in the the United Nations General Assembly’s Third Committee which deals with human rights issues. This marks a first pragmatic step towards realising one of the eight points presented by the Chancellor in July 2013 at the federal press conference in the eight point programme.