Chancellor Angela Merkel has been shocked and dismayed by the terrorist attack on a Nairobi shopping mall. We have witnessed a "horrific act of terrorism" declared government spokesman Steffen Seibert. "We condemn it in the strongest possible terms". 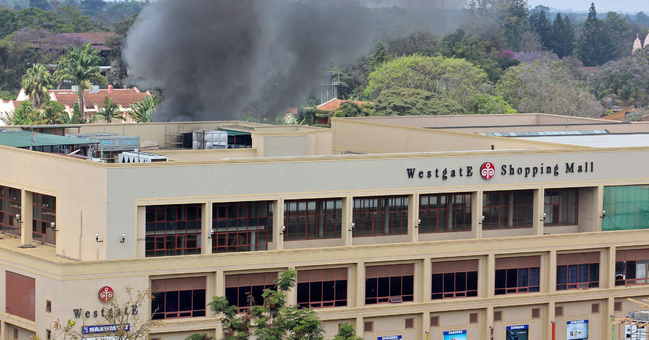 The Chancellor, he reported, was "deeply shocked" by the brutality demonstrated during the attack and the hostage-taking. She was particularly saddened by the number of lives lost, including many children.

Germany supports the fight against terrorism

This was not only an attack on Kenya, continued the government spokesman. "It was aimed at people from a wide spectrum of nations – and it hit people from a wide spectrum of nations." This indicates that fundamentalist terrorism is an international threat. "Wherever Germany can help overcome terrorism, we will help," he declared. Those responsible must be brought to justice as soon as possible.

"At this difficult time our thoughts are with the victims. We wish the many people injured and traumatised a speedy recovery," said Steffen Seibert. "We would like to express our condolences to the families of the victims and assure the people of Kenya of our absolute solidarity."

Our sympathy goes to the Kenyan people, says Guido Westerwelle

Federal Foreign Minister Guido Westerwelle also condemned the attack on the shopping mall "in the strongest possible terms". "We offer our deepest sympathy to the Kenyan people at this difficult time," he said.

"We grieve with the families and friends of the numerous victims and wish those who have been injured a rapid recovery. We hope that the perpetrators and instigators of this appalling attack will soon be brought to justice," continued Guido Westerwelle.

Fighters belonging to the Somali al-Shabab militia attacked the Westgate shopping mall on Saturday afternoon and took many hostages. On Tuesday evening, Kenyan President Uhuru Kenyatta announced that the siege was over. The militia cited Kenya’s military intervention against the Shabab in neighbouring Somalia as the reason for the attack.