Any further escalation of the situation should be avoided

In view of the clashes between demonstrators and security forces in Cairo, the German government has called on all sides to exercise restraint. Government spokesman Steffen Seibert said the government was following the reports of massive escalations with great concern. 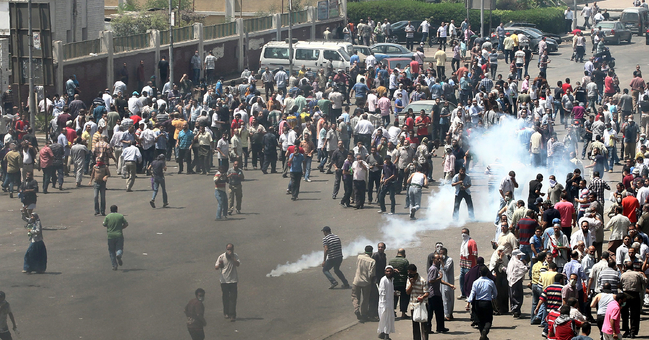 The human rights of all Egyptians must be respected and protected Photo: picture alliance / dpa

The German government, he continued, calls on those responsible on both sides to accept their responsibility. More bloodshed and any further escalation of the already tense situation must be avoided. "The human rights of all Egyptians, irrespective of their political convictions, must be respected and protected," added Steffen Seibert.

The German government believes that the political process in Egypt must be open for all sides, and must not be marred by violence and threats.

A return to the political process

Federal Foreign Minister Guido Westerwelle said that Germany expects the political forces in Egypt to distance themselves uniequivocally from violence. Equally they are expected not to call on their supporters to engage in violence nor to act violently themselves. "We call on all sides to return swiftly to a political process that embraces all political forces," he declared.

The Federal Foreign Minister also called on all German citizens to comply with the travel and security warnings issued by the Federal Foreign Office. "We urge all travellers to avoid demonstrations or any larger gatherings under the current fraught circumstances," said Guido Westerwelle.