Crime against civilisation and breach of a taboo

The German government has unequivocally called for the United Nations Security Council to adopt a strong resolution on the destruction of Syria’s chemical weapons. The resolution must provide for the implementation of the America-Russian-brokered agreement, said government spokesman. 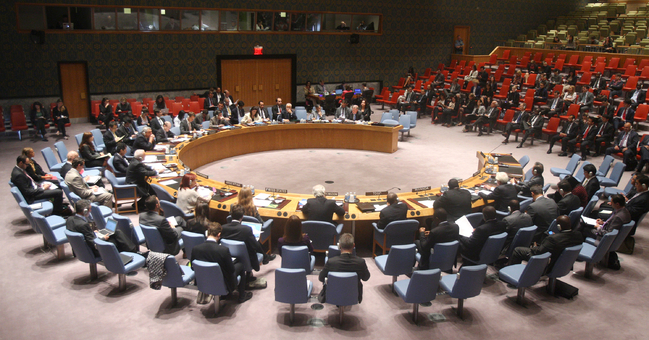 Should the Assad regime fail to honour the terms of the agreement, the resolution must threaten consequences, Steffen Seibert continued. The United Nations Security Council must take a clear stance, he said. "Syria cannot play for time, but must – as agreed – immediately disclose its chemical weapons stocks and make possible the international monitoring and destruction of the weapons."

On 16 September UN Secretary-General Ban Ki-moon presented the report of the chemical weapons inspectors in New York. According to the report, there is "clear and convincing evidence" that on 21 August chemical weapons of mass destruction were used in Syria. The UN Secretary General termed the poison gas attacks a "war crime".

The German Federal Foreign Minister too condemned the deadly poison gas attack. "It is a crime against civilisation and breaches a taboo, the terrible dimensions of which will have consequences extending far beyond Syria and the surrounding region." 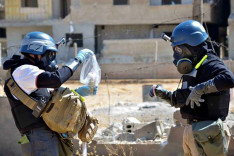 The Federal Foreign Minister also renewed his demand that those responsible be held accountable. To that end, the United Nations Security Council should involve the International Criminal Court

The results of the UN inspection clearly point to the Assad regime being responsible for the poison gas attack. "The results thus confirm our assumption that only the regime had the materials and the ability to use chemical weapons on this scale," stated the government spokesman.

Guido Westerwelle called on all parties to ensure that no time is lost, and that immediate steps are taken to implement the ambitious plan to destroy Syria’s arsenal of chemical weapons. Germany is willing to provide advisory and practical assistance and put its considerable expertise at the service of those involved in destroying the chemical weapons.

The results of the UN inspection clearly point to the Assad regime being responsible for the poison gas attack. "The results thus confirm our assumption that only the regime had the materials and the ability to use chemical weapons on this scale," stated the government spokesman.

The German government welcomed the agreement reached by the USA and Russia in Geneva on further steps to be taken to monitor and destroy Syria’s chemical weapons. Chancellor Angela Merkel saw it as good news, "that the United States of America and Russia are embarking on a diplomatic path".

As well as its commitment to finding a political solution and ending the violence, Germany is providing extensive aid for the suffering Syrian people. Since the crisis in Syria began, the German government has provided 348.3 million euros in assistance. Germany is also meeting its commitment to take in more than 5,000 refugees fleeing the civil war. The first 107 Syrian refugees arrived in Germany on 11 September.