The European Commission’s REFIT programme has declared war on red tape within Europe. Obstacles to businesses are to be removed, time-consuming and costly bureaucratic procedures slashed and regulations simplified. Chancellor Angela Merkel has termed this an exceptional contribution. 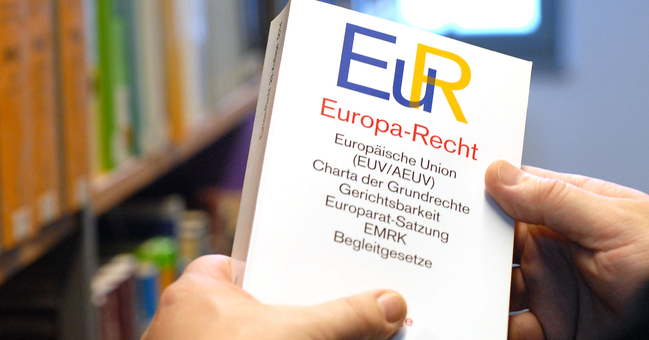 The EU Regulatory Fitness and Performance Programme (REFIT) was adopted one year ago. With this new fitness programme for Europe, the European Commission aims, wherever possible, to streamline or dispense entirely with legislation and regulations. Regulation within the EU is to become more efficient and more effective.

The German government supports the programme

The German government attaches the greatest importance to improving regulation within the EU. The removal of unnecessary administrative hurdles will make European businesses more competitive at international level. This is the key to more growth and employment in Europe.

Speaking on 25 October at the European Council meeting, Chancellor Angela Merkel praised the initiative of the European Commission and described it as "extremely helpful". Slimming down bureaucracy and eliminating unnecessary provisions can create a situation in which growth becomes easier. The Commission has made an exceptional contribution, declared the Chancellor.

Over the last ten years the European Commission has introduced important political reforms. The administrative burden on businesses has been cut by 26 per cent, which translates as savings of 32.3 billion euros a year. As the head of the group of experts working to reduce bureaucracy Edmund Stoiber reported, there are plans for further cuts that will be worth five billion euros. The concrete improvements include simplified regulations for tachographs, electronic accounting and fewer fees under the EU’s system for the Registration, Evaluation, Authorisation and Restriction of Chemicals (REACH).

Another innovation is the bureaucracy check for all regulation. When new provisions are elaborated by the Commission, special attention is to be paid to the needs of small and medium-sized businesses. In future the consequences of regulations will have to be assessed, public consultations held and evaluations performed. New legal provisions can only be adopted if existing ones vanish on an at least comparable scale.

74 per cent of Europeans believe that the EU still generates too much red tape. In his State of the Union address, José Manuel Barroso, President of the European Commission, said that, "the EU needs to be big on big things and smaller on small things". The EU must concentrate on the right priorities and find the right dose of regulation. "We should think twice whether, when and where we act at European level," said José Manuel Barroso.