Moving closer to the EU

At the Eastern Partnership Summit in Vilnius, the European Union initialled Association Agreements with Georgia and the Republic of Moldova. Chancellor Angela Merkel reaffirmed that the door will remain open for Ukraine, in spite of the fact that it has suspended preparations for the signing of an Association Agreement. 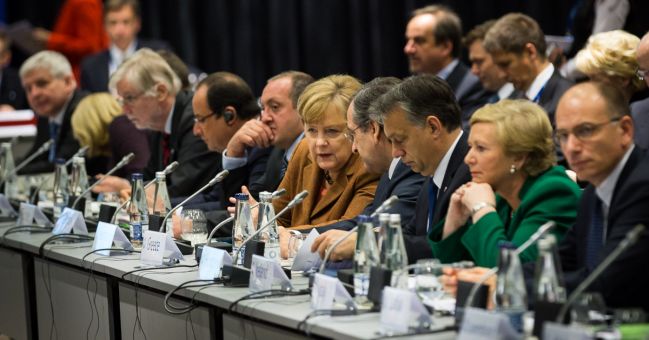 The door will stay open for Ukraine "with no form of deadline" assures the Chancellor Photo: Bundesregierung/Kugler

The Association Agreements with Georgia and the Republic of Moldova are to be signed over the next few months. The European Union will not disappoint these countries, declared Angela Merkel.

She praised the two states for their courage in initialling the Association Agreements with the EU in spite of pressure from Moscow. Herman Van Rompuy, President of the European Council also praised the "efforts, determination, courage and political will" of the governments in Tbilisi and Chisinau.

The Chancellor expressed her disappointment that the EU had not achieved what it had hoped to achieve with Ukraine.

After her meeting with the Ukrainian President Viktor Yanukovych in the morning, Angela Merkel said, "The door will remain open, with no deadline of any sort. We all know that historic process can take some time." The EU High Representative for Foreign Affairs and Security Policy Catherine Ashton also stressed that the door to the EU would remain open for Kyiv.

President Yanukovych had pointed out to her that Ukraine has very close ties to Russia, said the Chancellor. He had also mentioned Ukraine’s problems with respect to gas supplies. "In future Europe will also supply gas if Ukraine so wishes." 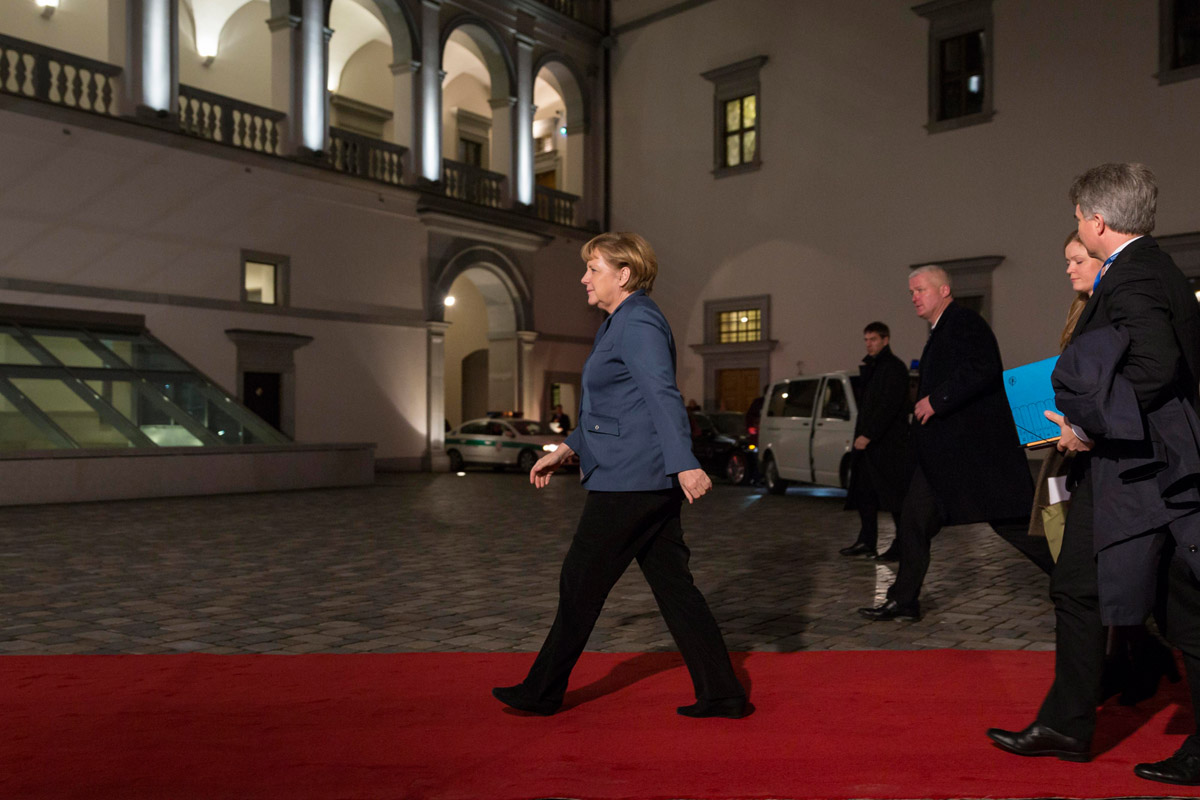 Vilnius, 28.11.13: In the evening Chancellor Angela Merkel arrived at the Third EU Eastern Partnership Summit in the Lithuanian capital. 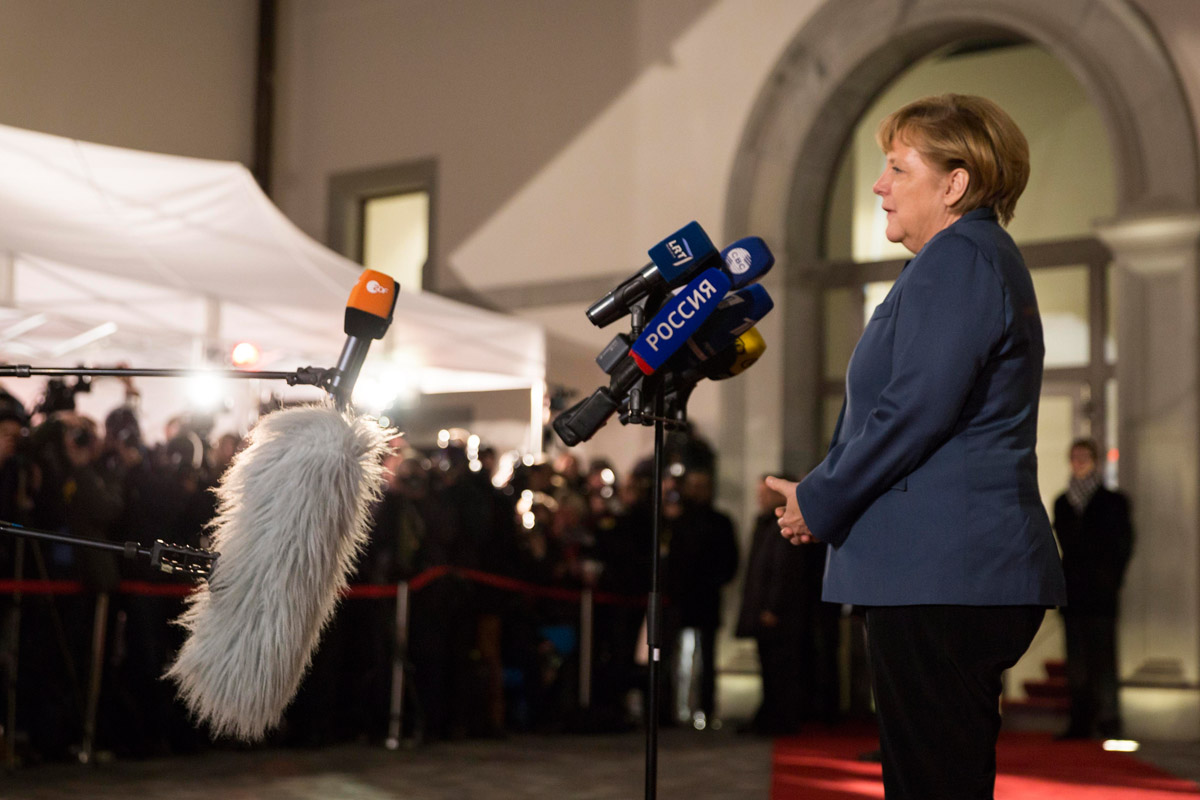 The aim of the summit is to bring Armenia, Azerbaijan, Georgia, Moldova, Ukraine and Belarus closer to the EU. 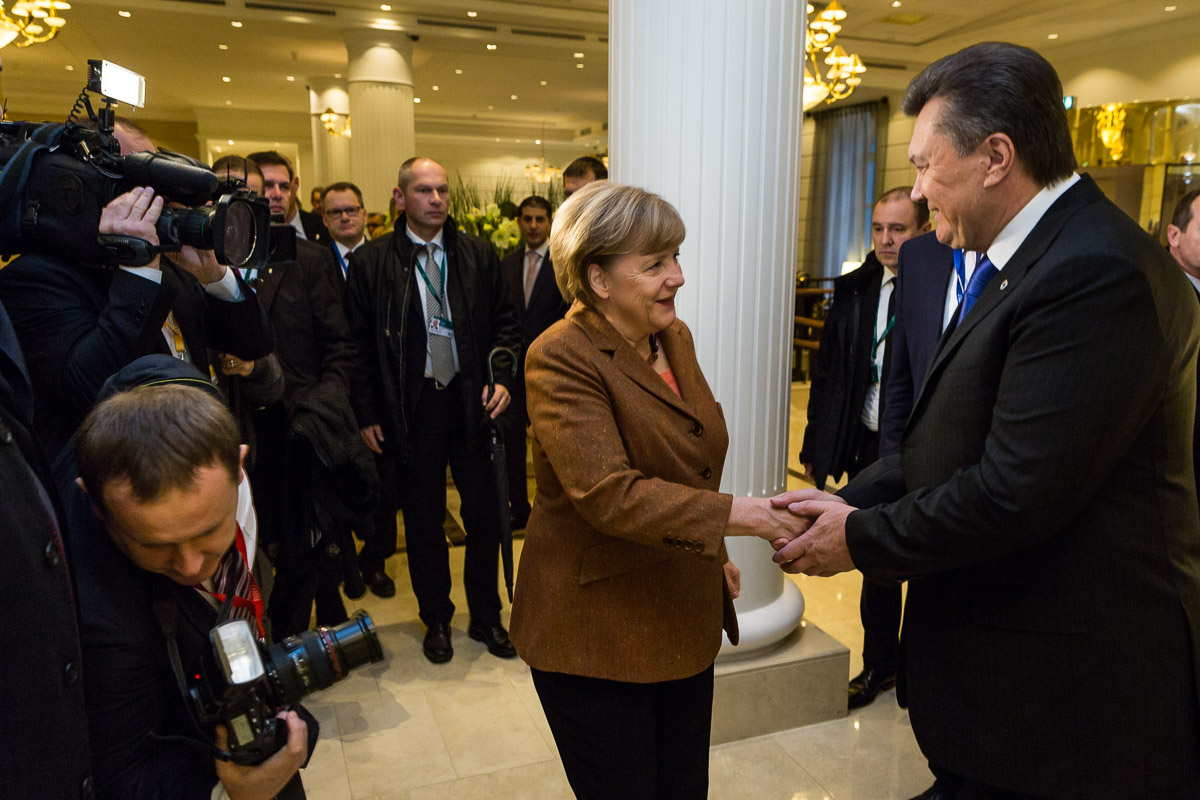 29.11.13: On Friday morning, the Chancellor firstly met with the Ukrainian President Viktor Yanukovych, who rejects the planned Association Agreement with the EU. 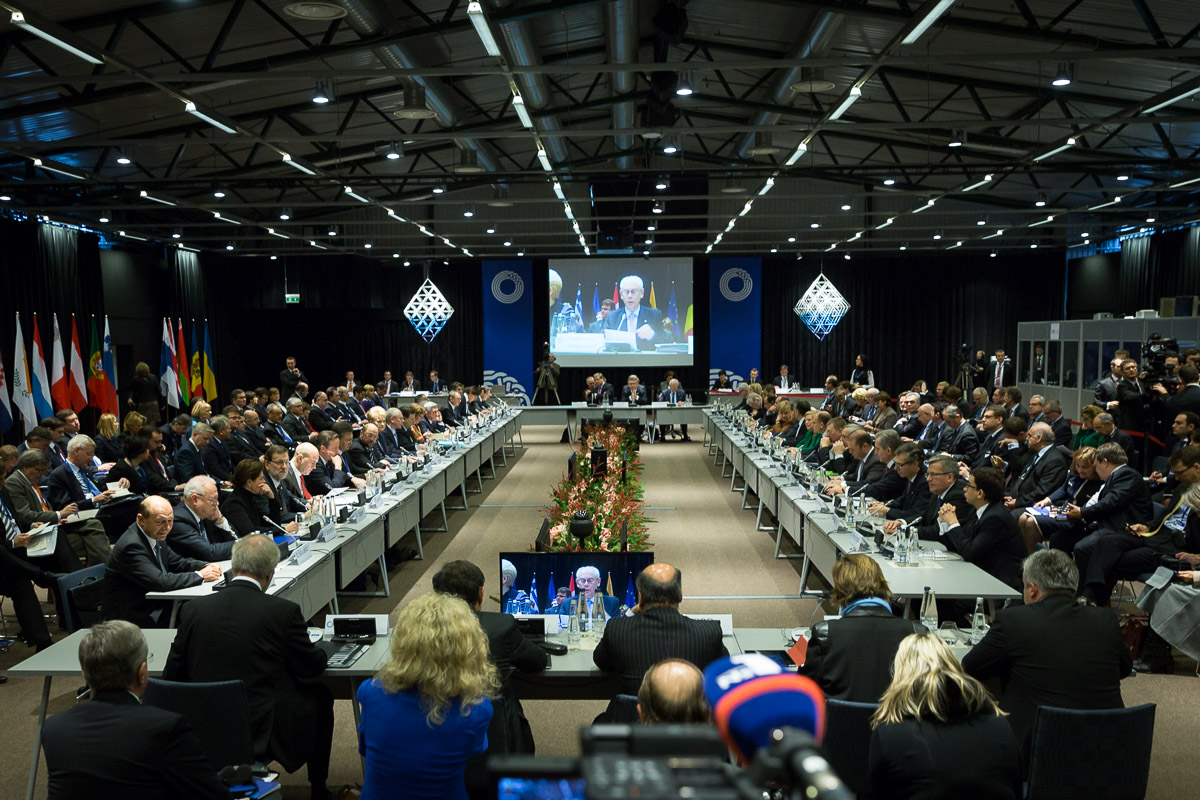 The Eastern Partnership is an EU project that is part of the European Neighbourhood Policy. The inaugural summit meeting was held on 7 May 2009 in Prague. 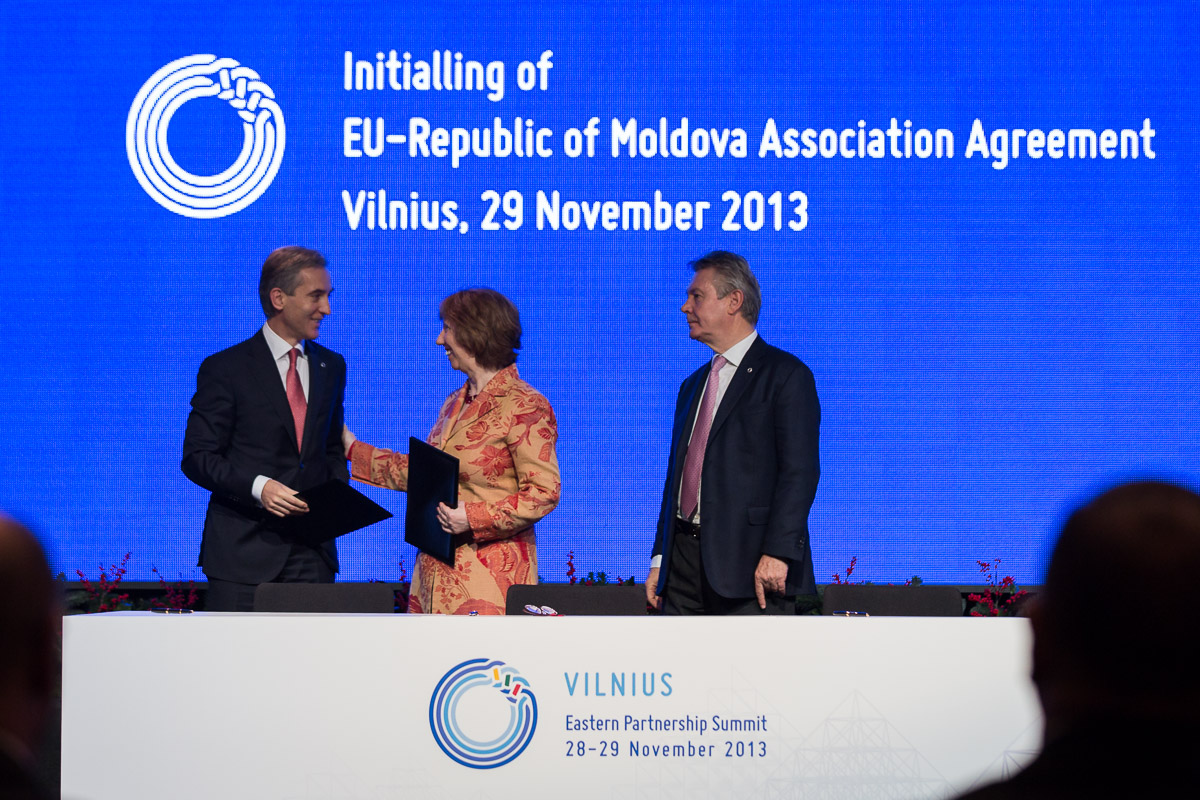 The initialling of Association Agreements with Georgia and the Republic of Moldova was one success of the summit. 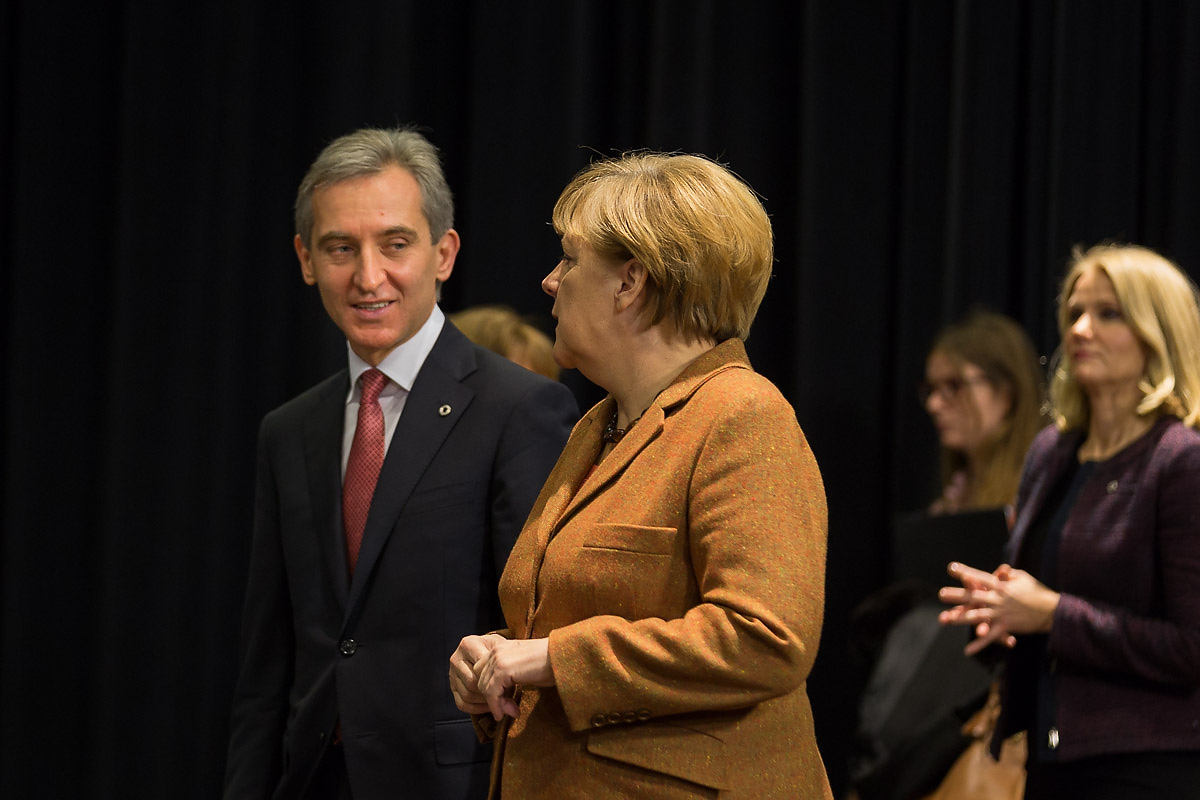 The former Soviet republics expect the associate membership to come into effect in 2014. 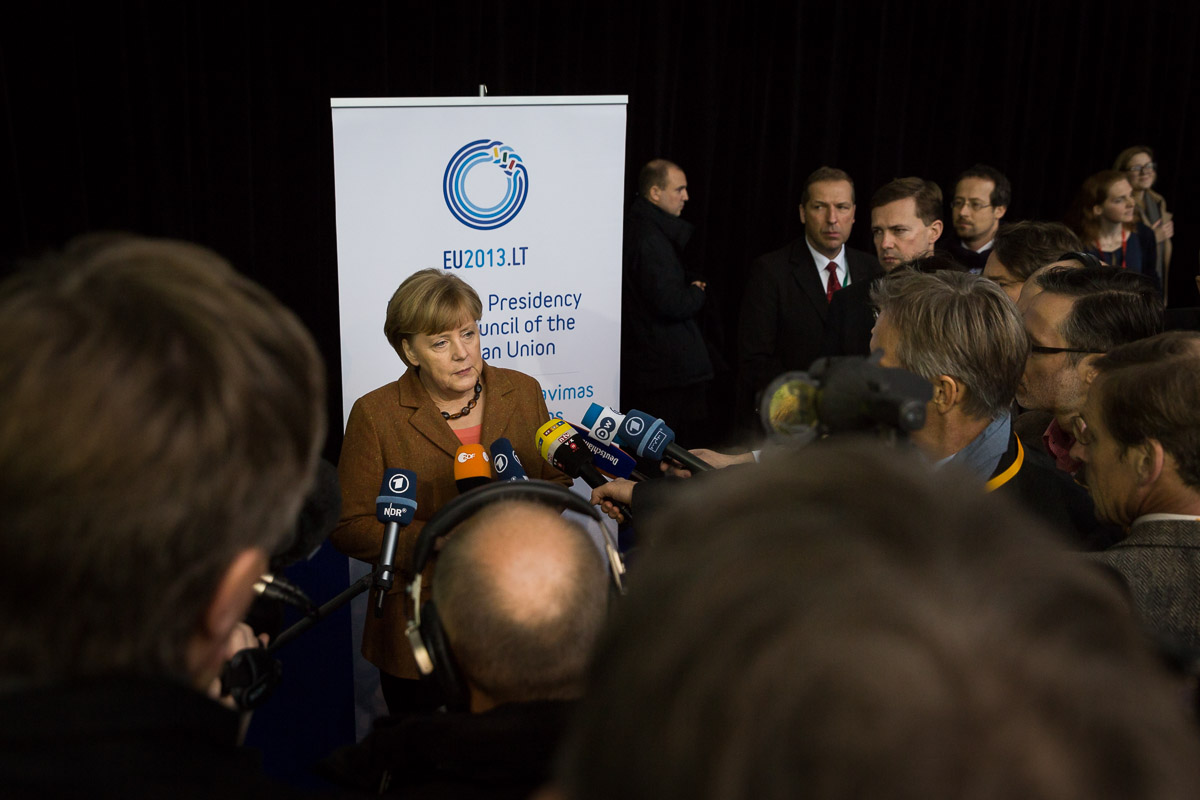 The EU will not set a time limit by which Ukraine must sign the Association Agreement, reported the Chancellor.

The Chancellor also underscored the fact that Ukraine will have to undertake massive reforms. "A great many Eastern European countries – the Baltic states and others – have said repeatedly here that the path to reform was long and arduous, but that they can say today that it was worth it. I think in the final analysis it is up to Ukraine to decide whether or not it has the courage to move another step closer to Europe."

If it does so, the European Union will be a reliable partner. "Obviously we have standards that we apply to all EU member states. We cannot simply turn round and say that these do not apply for Ukraine," said Angela Merkel.

The Chancellor stressed that the EU would continue to work with other Eastern Partnership countries. Progress is good with Armenia, Georgia and the Republic of Moldova, and gradual progress is being made with Azerbaijan too. There is still a lot to criticise in terms of the current political situation in Belarus, but the European Union does not want to let down the people of Belarus either.

Stepping up contacts with Russia

The Chancellor pointed out that it is not in the hands of western states to release Yulia Tymoshenko. Germany has done much to ensure that she receives appropriate medical care and will continue to do so. "We will also continue to seek contact and of course will also support the Ukrainian opposition." So far, however, all efforts have been in vain – even those of the former Polish President Aleksander Kwaśniewski and Mr Pat Cox.

During her stay in Vilnius, the Chancellor met with Vitali Klitschko, Chairman of the Ukrainian Democratic Alliance for Reform (UDAR). They discussed the political situation in Ukraine and the position of civil society.