The German government has been shocked by the human suffering and destruction caused in the Philippines by Typhoon Haiyan. "At this difficult time Germany will be a good partner," declared government spokesman Steffen Seibert in Berlin. German assistance has got off the ground extremely swiftly. 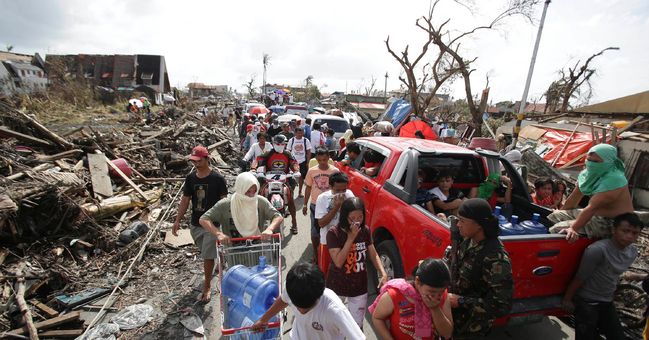 "We mourn the dead with the people of the Philippines," Steffen Seibert continued. Chancellor Angela Merkel communicated her condolences to the President of the Philippines on Saturday and offered German assistance.

"We are fully aware that hundreds of thousands of people have lost their homes, possessions and livelihoods," said Steffen Seibert. The immediate priority must be to feed them and care for them, and to give them new hope. The Philippines should know that Germany will stand by them.

More than 9.5 million people have been hit by Typhoon Haiyan. It is thought that more than 10,000 lives have been lost. The United Nations Children’s Fund (UNICEF) has reported that up to four million children are among the victims. On the island of Leyte in particular the typhoon has left a trail of destruction. The destroyed roads and airports are hampering aid efforts.

Governments and aid organisations have swung the machinery of assistance into gear without delay, but it is difficult to reach the worst affected areas. The people in isolated areas are completely cut off at times. Supplies of food and drinking water are dwindling. Eye witnesses have reported increasing violence and looting.

Another one million euros in German emergency aid

The German government has provided another one million euros for humanitarian emergency aid. At the weekend it already pledged an initial 500,000 euros emergency aid.

Some experts from the THW and members of the International Search and Rescue Team (ISAR) have already arrived in the Philippines; others are on their way. Between 25 and 30 tonnes of supplies have already been transported to Manila. They are to be distributed by the aid organisation World Vision and by ISAR.

The survivors must be the first priority. 4.3 million people need help, according to the government. Many of them have lost everything.