A US Congressional Delegation has visited Berlin where they met with the Federal Interior Minister Hans-Peter Friedrich and Federal Foreign Minister Guido Westerwelle. Talks focused on how to restore trust in transatlantic relations. 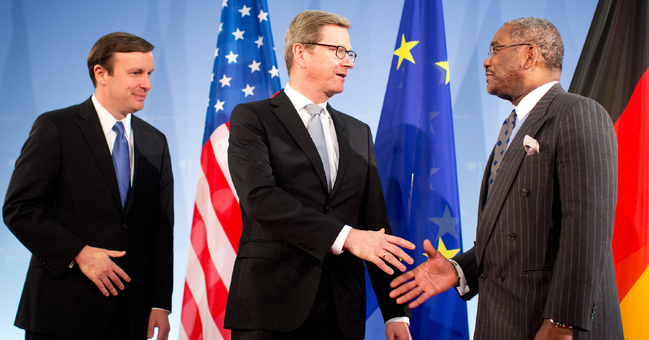 The two ministers held separate talks, with Senator Chris Murphy for one, against the background of revelations regarding the USA’s monitoring programmes. Chris Murphy, Chairman of the Senate Subcommittee on European Affairs, noted that words would not be enough to mend the relationship. New rules of play will have to be drawn up, that permit only the level of surveillance that is necessary to protect both countries.

Federal Foreign Minister Guido Westerwelle declared that the two sides were working together to restore this trust. There are two priority goals: to achieve transparency regarding what has happened in the past and to establish clear rules for the future. "We want a healthy balance between the demands of security and those of privacy".

The meeting between Hans-Peter Friedrich and Chris Murphy concentrated on the monitoring programmes of American intelligence agencies, on which the media have been reporting for months. The Federal Interior Minister stressed that spying among friends is completely unacceptable. He also expressed the hope that the Congress would take the necessary steps without delay to prevent any repetition of activities of this sort.

The Congressional Delegation also held talks in the German Bundestag before continuing to Brussels.